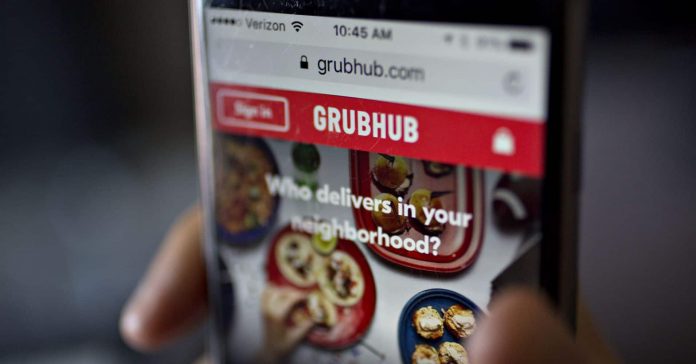 Grubhub has announced the launch of “Perks” for mobile users, featuring exclusive offers only available on Grubhub, as well as new ways to earn and redeem restaurant loyalty rewards.

“Restaurants have always used free food as a perk for their VIP diners, to keep them happy and coming back. We have now extended this practice to Grubhub diners by building loyalty tools so our restaurant partners can promote their restaurants more aggressively on our marketplace and reward their best digital diners as well,” Matt Maloney, Grubhub founder and CEO, said in a press release.

Eligible diners will now be able to choose from a range of offers only available on Grubhub from participating restaurant locations, including a free Cheesy Gordita Crunch from Taco Bell; free Original or Cinnamon Sugar Pretzel from Auntie Anne’s; free 1 Dozen Cheddar Bay Biscuits from Red Lobster; and free 20 oz smoothie from Smoothie King. There will also be perks offered by such brands as Shake Shack, Just Salad, honeygrow, Pokeworks, Argo Tea and more.

Perks can be accessed with a tab at the bottom of the screen in the Grubhub and Seamless mobile apps.

“The team continued executing in the second quarter, adding thousands of new, high-quality independent and enterprise restaurants and growing our active diner base to more than 20 million,” Maloney said at the time. “We are excited about the trajectory of our two-sided marketplace — both in terms of geographic diversity and depth in individual markets. Restaurants are increasingly valuing the incremental sales and products we provide, while diners highly regard our robust restaurant selection and consistently low transaction fees.”

Do You Want To Find A Super Cooking Vacation? This Article...