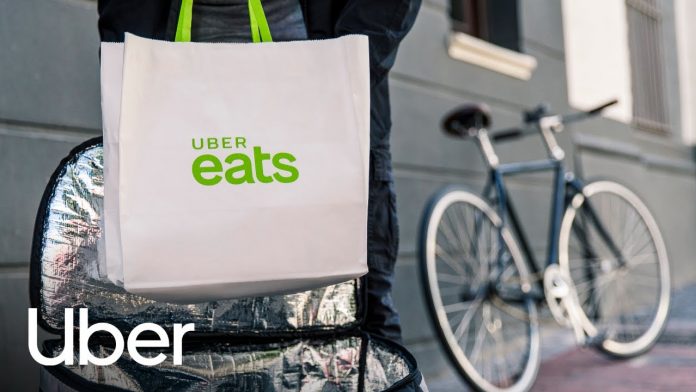 Uber is testing a plan to move beyond take-out delivery and bring people goods from local retailers like groceries, convenience store items and movie popcorn, The Financial Times reported on Friday (Aug. 9).

“There is a bit of an eCommerce ‘moment’ that is happening at a local level. That’s a lot of what we are investing behind here,” Jason Droege, head of Uber Eats, told the FT.

As it strives to take on competitors like Amazon, DoorDash and Deliveroo, Uber is tapping its 4 million drivers to fill the delivery void.

“I can shop almost everywhere outside of a city through my phone or my computer, but it’s actually pretty hard to shop the merchants in my city,” Droege said in the FT interview. “Eats, in one way, is a restaurant delivery service. In another way, we are solving customers’ dining needs. If you abstractly think about it that way, grocery stores and restaurants are serving a lot of the same needs.”

Uber Eats saw revenues spike in contrast to the company’s recent losses and is a critical part of future earnings. Eats is up 72 percent in revenue over last year and active monthly customers jumped 140 percent.

The company rolled out a test in Australia to offer milk, bread and fruit from a Sydney store and is in talks with supermarkets in Europe and North America, the news outlet said. Movie theaters in Australia and Canada are even delivering fresh popcorn to people who would rather stay home for entertainment.

“Businesses that operate locally are realizing that eCommerce is or can be an effective channel. I think that actually the conversations we’ve had with some of these potential partners have been really encouraging in terms of how to work together to bring them online.”

Uber is also expanding its services and moving into FinTech to provide financial products and has been busy hiring product managers and engineers. Its new FinTech team could ultimately have more than 100 workers.

Open with Care: How to Safely Resume Dining-in at Restaurants