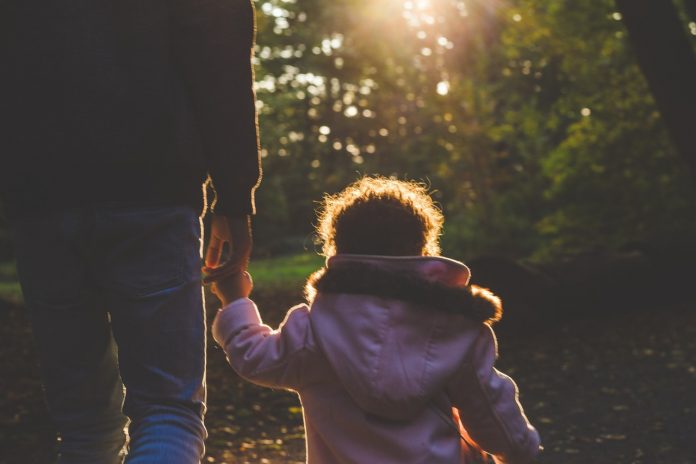 Why is it, that members of Gen Z seem to want to party like it’s 1999? After all, they’re the tech-savvy digital natives who’ve never seen a payphone. They’re the generational cohort born between 1997 and 2012 that the Pew Research Center has dubbed “Post MILLENNIAL,” which makes me wonder how to account for the following:

And speaking of tactile, there’s Trader Joe’s Fearless Flyer. Printed on newspaper stock and using goofy-cute retro images to promote specials like the current Coconut Cold Brew Concentrate, it is described by company execs as a cross between Consumer Reports and Mad Magazine. I grab my copy in store, but many enthusiasts receive it by mail; and I’m talking about the U.S. Postal Service here, Bret, not a digital mailbox.

We probably shouldn’t be surprised by this back-to-the-future behavior, since we’ve been talking for some time about the necessity of high-touch initiatives to offset restaurateurs’high-tech experiments. This is what all of the factoids above have in common, I believe: They represent a familiar, hands-on connection between buyer and seller in reaction to encroaching digitization.

Isn’t this the true driving force behind the continued growth of fast-casual operations? Their make-to-order-in-front-of-the-customer model is precisely in tune with connection-craving customers. It’s the coffee-making baristas, ice-cream-shop scoopers and pizza-dough spinners who create a tangible bond between brand and patron.

These transactions are happening even as invading hordes of robotic pizzamakers and burger flippers are advancing upon us, and it raises some obvious questions.  When and under what circumstances will patrons find them acceptable, and what will the operator need to do to make them so? And I wonder, Bret, if you’ve seen any outstanding examples of the touchy-feely, throwback marketing ploys that consumers, especially younger ones, seem to desire?

Not sure that young people go to fast-casual restaurants for a tactile, personal experience. Think the rise of that segment — which is exaggerated, anyway, as it only accounted for around 19% of sales among the 200 largest chains in 2018, according to Nation’s Restaurant News’ Top 200 data (12% if you don’t include Starbucks) — has more to do with the growing desire of consumers to customize everything in their lives. Think they line up, or, increasingly, place online orders, for those malleable meals because of the ever-changing dietary restrictions they place on themselves.

Many fast-casual chains evolved in the current environment of allergy-prone, gluten-avoiding flexitarian diners and are programmed to respond to their requests. Their customers want what they want when they want it, but I don’t think they’re expecting a bonding experience with the salad maker at Sweetgreen, the bean scooper at Qdoba or the pizzaiolo at MOD Pizza.

For that you have restaurants that offer more than food and drinks. That includes “eatertainment” concepts such as Dave & Buster’s and Punch Bowl Social, as well as the growing number of craft brewery tap rooms that lure customers with the romance of eating and drinking where their beer is made.

Those restaurants provide space for youngsters to spend time with their friends, or for them to identify with a restaurant’s personality, giving them “high-touch” experiences, to borrow from your terminology.

As an aside, despise the term Gen Z. It makes them sound like the last generation we’ll ever have, or possibly zombies.

As you know, they got the name because they’re two generations behind my own demographic, Gen X, a generation that was given such short shrift that we were never even given a proper name. The Baby Boomers just put an X over us, declared us an irrelevant mystery and went on to their own children, the Millennials.

Members of Gen Z — prefer iGen, because they don’t remember a world before the iPod, or Digital Native which is less brand-specific — seem to be markedly different from Millennials. I Have to admit I have a bias in favor of them, because, although I don’t have children of my own, they’re my nieces and nephew and the offspring of my friends. Unlike Baby Boomers and Millennials, we were never the dominant force in contemporary culture and we acquired a certain humility, or at the very least a bit less narcissism, than our elders and youngsters. I think maybe we passed that on to our kids.

That has to do in part with how social media has evolved in recent years, from quick bursts of microblogging on Twitter and Facebook to the more involved video and graphic montages that migrated from Snapchat to Instagram (and thence I believe to Tik Tok, although I’m too old to know for sure), but it also has to do with a more pronounced communal engagement.

Maybe because they’ve had all human knowledge at their fingertips since practically the day they were born — one of my Digital Native niece’s first words was “pooter,” for “computer” — they’ve taken the time to dig deeper and understand things better.

There’s no novelty in electronics for them, but IRL (“in real life”) shopping, hand-written cards and tactile things like knitting, which is increasingly popular, or those fidget spinners from a couple of years ago, seem to really strike a chord, just like they do for you and me (Okay, I never really got fidget spinners).

That means for restaurateurs is that they should avoid thinking of Digital Natives, or Millennials for that matter, as a different and inscrutable life form, and instead follow the Golden Rule and treat them as they’d like to be treated. The digital bells and whistles are now just a part of doing business, but I’m thankful that it looks like the human touch will never go out of style.

Taco Bell to open reservations for its Palm Springs hotel

10 Secret Things You Didn’t Know about opening your Next Restaurant!

5 Ways You Can Reinvent Business Data into Business Insights